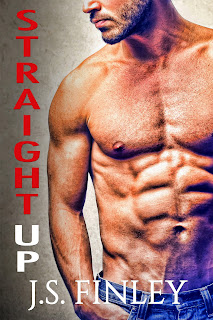 If you haven't read it yet, you need to read Straight Up . Sometimes you need the truth Straight Up Jake: Brent is HOT but hot doesn’t matter when you can’t have what you want. After the Marines, they went their separate ways, but he can’t forget…never forget and never leave a man behind, but that’s what he did when he ran from Brent.   Maybe it wasn’t the best reaction, but he couldn’t face the truth. Now he has a second chance and he doesn’t want to blow it, instead, he wants to blow Brent. Brent: Maybe there’s something between he and Jake, but Brent can’t ask, and Jake won’t tell because in the Marines being gay is bad for business. Time heals all wounds, and that’s what Brent is gambling on when they meet in the hills of Tennessee. Brent is hoping for friendship…but if there is more, he’ll take it. When Brent meets his straight friend again in Tennessee will they remain friends or will they become more?
Post a Comment
Read more